skip to main | skip to sidebar

Legends and anecdote of Hyderabad : 29

The eldest son of Nizam VII, Prince Azam Jah- the Prince of Berar stayed in the ‘Bella Vista’ (described in the last issue). The younger son, Prince Moazzam Jah, generally referred to as the Junior Prince, stayed in the ‘Hill Fort Palace’. Both buildings commanded a beautiful view of the Hussain Sagar Lake almost at right angles to each other. Incidentally, while the ‘Bella Vista’ was originally built by Nawab Hakim-du-dowla in 1905, the ‘Hill Fort Palace’ was built by his cousin, Sir Nizamat Jung ten years later. Both were chief justices of the State in their time. Sir Nizamat rose to be a minister later.

Sir Nizamat Jung suffered from asthma in 1915 and he was advised to stay in an open place with fresh air. Thereupon he bought a piece of five acres of land for Rs.100 and proceeded to built a residence for himself. Its architectural style was based on the Trinity College in Cambridge where he had studied, and the castles described in the novels of Sir Walter Scott. The building was completed in 1915 and named the ‘Hill Fort Palace’. He lived in it for 15 years. After a visit to Mecca on his retirement in 1929, he decided to live a simpler life and so decided to sell the property. The Nizam then bought the building. as he had earlier bought the ‘Bella Vista’. Sir Nizamat asked for a price of Rs.1,00,000 - the amount which he had spent and refused to take any appreciation. Out of that amount, he requested for adjustment of the amount of two loans which he had taken for building the house and for the purchase of a car. The net price was Rs.67,000.

The ‘Hill Fort Palace’ was then allotted to the Junior Prince as his official residence in his capacity as the chairman of the City Improvement Board. He was married to Princess Niloufer who was the first cousin of the wife of the Prince of Berar, who, in turn, was the only child of the last Caliph of Turkey.

The Prince who was a poet sported the pen-name of ‘Shajih’. He used to live lavishly and held his ‘court’ at night, sleeping during the day. Every evening a selected gathering of nobles and some poets was invited to dine with him. After that a mehfil was arranged which lasted throughout the night. At that mehfil mostly poetry composed by him was sung by professional singers. Early in the morning the ‘court’ would be dismissed and the Prince would take two sleeping pills and go to bed. Some well known poets came to be associated with his ‘court’.

On every Idd he used to buy a new suit of clothes consisting of a sherwani and a pyjama which was presented to all his courtiers. For himself when he made a purchase, Burton’s Shop in Secunderabad was closed to all other customers except the wives of European military officers. The Prince never purchased a piece. He would buy a whole roll. The idea was that nobody else should wear a sherwani made of a cloth similar to the one that he had purchased.

For Idd, agents were sent to different parts of the country to select and invite singers and dancers. Amongst them was also Begum Akhtar who at that time was known as Akhtari Bai Faizabadi. Valuable gifts were given to them and on their departure. There is an account of the gifts given to her by Sidq Jaisi. The lavish lifestyle of the Prince landed him in debts from all and sundry. Ultimately, the Nizam had to bail him and his elder brother out of the huge debts which they had incurred.

Due to different lifestyle and values, the Prince and Princess Niloufer could not live together for long. In 1948, they had a divorce. The Nizam created a trust for her maintenance and Niloufer then left India and settled in France where she died some years ago. The Prince used mostly to compose lyrical poetry of a lighter type. It is still sung in many mehfils of Hyderabad by ghazal singers.

After the Police Action, the mansion became the property of the government and the Prince moved out to stay in the ‘Fern Villa’ - the former residence of the former Superintendent of Public Gardens and the legendary wit of Hyderabad, Jamaluddin.

The Hill Fort Palace was used for some time as an office by the newly-appointed Development Commissioner of the State, the late Zahir Ahmed.

In 1955 the building was leased to the Ritz Hotel company for running a hotel there. For many years the Ritz Hotel was the most modern and the best hotel in Hyderabad. Its retained its old word charm till the very end and many old-timers still used to prefer to stay there rather than the more modern hotel which came up later in the city.

In 1989 the government decided to terminate the lease and after protracted legal battles, ultimately the building reverted to government in 1997. There were various proposals about the use to which it should be put - as a State guest house, or as a residence for the chief minister. Finally, it was decided to run it as a Heritage Hotel. International consultants are being appointed for that purpose for selecting a private party to run it. The building is now nearly 85 years old and has been witness to so much history and has generated so many legends and anecdotes. Hopefully, they will be kept in mind before its renewal and reuse.

Buildings, like individuals, undergo changes. The only difference is that whereas individuals have a limited lease of life, if properly cared for, buildings can last a long long time. One therefore wishes the Hill Fort Palace a long and prosperous life in the next stage of its career.


***
Archived by www.mygoldencopy.com
Posted by Narendra Luther Archives at 12:39 PM

After renovation, it is going to be Hilton Hyderabad Palace. The developers are planning to get a LEED India Green Building Certification for the new development.

Find Villa in Hyderabad on MAK Projects, with a wide choice of properties to buy direct from owners.

Can anyone give me more information about the future plans of APTDC for the hill fort palace / ritz hotel?? 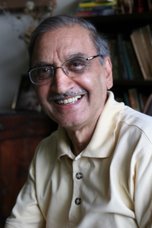